In December 1887 the foundations for Tuam’s first football club were formed. It was agreed they would play under “association rules” but GAA clubs were springing up everywhere, buoyed by the Nationalist revival sweeping the country. Messrs. W. and J. Silke, P Byrne and Patk. Kelly were the main driving force behind the formation of the towns first G.A.A. club.

Tuam’s sportsman came under pressure to conform but the Tuam Herald, the local newspaper, was opposed to the new Gaelic version of the game. An excerpt from the opposition of a writer of the newspaper read “There can be no doubt that the hit-or-miss, smashing, dashing, rough and tumble game played under the name Gaelic is not football”. The writer recommended that there should have been a campaign by newspapers to insist on a proper code of rules.

However such opposition did not stop the club and in February 1889, Tuam Stars was born, ignoring the trend for naming clubs after political heroes of the day. They played their first game on St. Patrick’s Day of that year.

Although Tuam Stars were formed in 1888 there was no county championship. Instead they travelled to play all the outlying teams, Ballyhaunis, Ballaghaderreen, Dunmore (Tuam’s great rivals, formed in 1887) and even to as far off as Tipperary to play Waterford. That long journey resulted in Tuam Stars becoming the first Connacht team to play on a Munster ground, and they went on to beat Waterford by 3 points to nil.

By the mid-1890s, they had emerged as the strongest club in Galway. Several titles were won by Tuam Stars in the early days of their history and a number of other Clubs reigned in the Town in those days – Tuam Krugers being the most noteworthy.

The postwar years of 1921 onwards were a largely unsuccessful time for Tuam Stars at senior level. The 1930s saw very little success for the Stars and it was not until 1942 that the Senior Championship title returned to Tuam with the team captained by W. Birrell. They won the title again in 1944 and 1947.

Just as the Senior success was beginning to return, the Minor success of 1945 was notable for the presence of two young players – Seán Purcell and Frank Stockwell. The two who would become to be known as the “Terrible Twins”, were to become a major influence on the fortunes of Tuam Stars and the history of the GAA in the future.

From the barren spells of the 1930s and 1940s, Tuam Stars swept all before them in a golden era. The 1950s were possibly the greatest and most successful in the history of Tuam Stars. Having won the Minor title in 1950 and 1951, the Seniors hit the top in 1952, winning the County Championship for the 13th time. After losing in 1953, the Stars returned to win the Championship again. It would be the start to a record Seven county titles in a row.

This record sequence was the perfect evidence that the Terrible Twins were wreaking havoc amongst the ranks of Galway football. Purcell & Stockwell along with other Tuam players Jack Mangan, Seamus Colleran and Cyril Kelly would go on to win the 1956 All Ireland Football Championship for Galway, defeating Cork 2-13 to 3-7.

The Chairman of the Club during the 1940s, Joe Mooney, was instrumental along with Jim Nohilly, local Adm. Fr. Killeen and local traders in setting up the Development of Tuam Stadium, which was opened in 1957. Up to that point, Tuam Stars headquarters were at Parkmore on the Dublin Road, which the Club now uses as a training ground and plays some of its games.

Tuam’s record winning streak came to an end in 1961. The next year, they came back to win the Championship against reigning champions Dunmore McHales. It would be their last county title until 1984. As Senior Honours dried up, Juvenile/Minor Victories in 1970, 1971, 1973, 1978 and 1979 and Under-21 triumphs in 1972 and 1975 maintained the flow of silverware heading to Tuam.

In 1971 Tuam had the honour of two Stars being selected on the first “All Star” team – Goalie P.J. Smyth & Right Full Back Johnny Carey of Mayo & Connacht fame. P.J.’s brother, Declan was to Star for Club & County in later years & and had a spell as Louth Team Manager.

While great efforts were made in the 1970s by men like Pakie Walsh, Michael O’Neill, Brendan Doherty, Fr. Concannon, Neil O’Dea and the late Martin Dunleavy, Senior Honours escaped Tuam. 1984 was the breakthrough year and the 22 year famine was over. Tuam beat a fancied Dunmore McHales side in the final, and the excitement in Tuam Stadium was overwhelming as the Cup was raised. The young stock of the 1970s had come through to join up with Joe Kelly, Oxy Moran, Declan Dunne & the evergreen Pat O’Neill, a member of Galway’s 1983 All-Ireland final team who lost to Dublin. While the “terrible twins” had been on the 1962 team, their sons were now on the 1984 winning team – John Purcell and Francis Stockwell. The team was captained by John Tobin and included Lt. Aengus Murphy who was killed in 1986 in the Lebanon while serving with the United Nations peace keeping force.

Supported by the Juveniles of the 1970s, the Stars went on to be well represented on Galway County Teams during the 1980s and went on to capture two further Senior titles in 1988 and 1989

The Connacht Title eluded all of the senior winning Teams since the competitions inception. In 1994, a determination crept into the Stars. The panel was boosted the return of Paud O’Dea & Cathal McGinn, who was the captain, from America coupled with the unexpected resumption of football by Jimmy O’Dea after injury. Linking up with their Under 21 mates, who were crowned county champions the same year, and blending in with the new bunch made the squad determined not to settle for just a County title this time around.

They won the County title in style, defeating Corofin. After coming through the Connacht semi-final, they travelled to Aughawillan and beat the Leitrim Champions in their own back yard, coming from 5 points behind at half time. With the Connacht title secured, the Stars set their sights on going all the way. However, Derry & Ulster champions, Bellaghy put paid to Tuam’s hopes in the All-Ireland Semi Final.

The success of that year saw the rise of Ja Fallon whose displays in All-Ireland Senior Football Championship 1998, especially in the second half of the All-Ireland final, should rank him as one of the greatest footballers ever to come out of Galway. Despite the success of that memorable year in 1994, Tuam have not secured another County title since with the closest being the 1995 final defeat to Corofin.

The year 2000 saw the Under 16 juvenile team capture the county double, League and Championship. The team was undefeated in over 3 years, and the club was awarded the Juvenile Club of the Year 2000 with the chairman getting the Pa Burke award for the man who did most for football in Co. Galway.

The day before the 2001 All-Ireland Final in which Fallon and Galway triumphed, All Ireland success came to Tuam Stars when they captured the Kilmacud All-Ireland Seven A Side competition for the first time. Kevin Reidy managed the team to a great victory while current senior captain Tony Costello captained the team. They played seven games in all, winning every one in style, defeating Castleblayney Faughs in the Final in a thrilling game. Goalkeeper Michael Ryan was also honoured as the player of the tournament. These triumphs were firsts for Tuam in the new era.

The new facilities on Dublin Road were completed in 2006 and are one of the best in the Country. In October 2007, they were featured on the program Grassroots Of The GAA on TV3. It focused mainly on what happens behind the scenes at the Club. In 2007, the U-16 juvenile team secured the only silverware for the club that year. They won the Division 1 A Shield final against St. James’ on home ground on 23 November 2007 by a scoreline of 1-08 to 0-10.

In 2008, the U-21 team won the North Board Championship and then went on to win the County Championship. 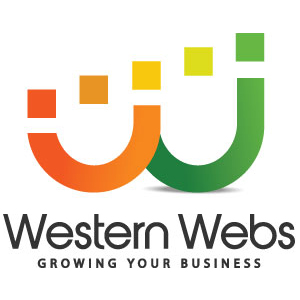